A few years ago I was contacted by representatives on behalf of the Colin Firth / Emily Blunt film Arthur Newman asking to license two of my illustrations "Wheels on the Bus" and "Expect the Unexpected" to be used as set dressing.  I signed the contract, received the licensing fee and sent the images.

Even though I was very excited about the whole thing... I understood that the scene might be cut or the art could be positioned badly, so I tried not to get my hopes up.

I waited and waited and WAITED... And when the movie was released, a strange thing happened.  I didn't see it. I completely chickened out. Basically I wanted to keep the hope alive that my art was used, without confirming just how it was used...

This week my favorite customer from Canada emailed me about a recent purchase and mentioned "I was watching a movie yesterday, "Arthur Newman," and saw one of your paintings!"

I had to see it for myself and went straight to Netflix.  Much to my excitement, both pieces were large scale and on screen for a few seconds.  Whew!

The only thing that could make this any better would be if Colin Firth was standing in front of them, blowing kisses at me. Save that for the sequel?  (click the pix to zoom)

Congratulations, now you can set up your own IMDb site! Yay! 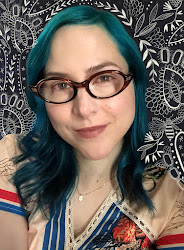